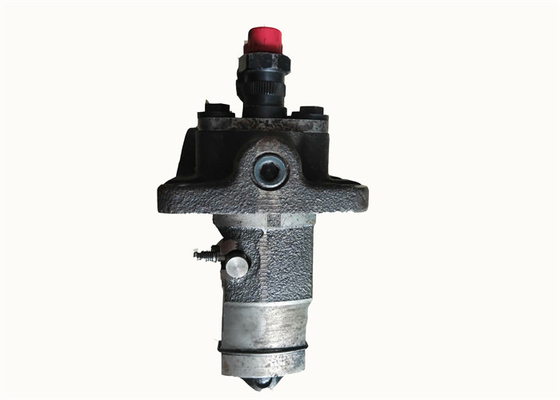 The camshaft arranged below the plunger helps to reciprocate the plunger inside a fuel barrel.

The camshaft gets power from the engine crankshaft and it operates in such a way that the fuel will be injected at an exact time and for the exact duration.

When the plunger moves downward, the fuel is sucked inside a barrel through an inlet valve.

During the upward stroke, the plunger develops pressure on the fuel trapped inside a barrel. This high-pressure fuel pushes the outlet valve against the spring to open and then the fuel moves to the injector.

The amount of fuel supplied is controlled with the help of a spill hole, a helical groove on the plunger, and a rack and pinion arrangement.

How does a Distributor fuel injection pump work?

The distributor type pump uses a single pumping mechanism and uses a rotary distributor to distribute fuel to the multiple injectors. The schematic diagram of the distributor fuel pump is shown below.

The stator body of the distributor pump has a single suction port and a number of discharge ports.

The number of discharge ports in the stator body is equal to the number of fuel injectors in an engine. The rotor rotates inside a stationary body for the distribution of fuel.

When the suction port is aligned with the suction passage of the rotor, both plungers move away from each other, thus the fuel is sucked into the control passage.

The plungers reciprocate inside a cylinder by use of the cam ring and it can deliver the fuel at a higher engine speed.