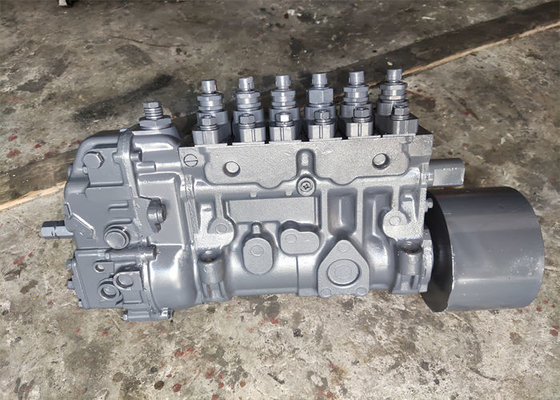 Is the fuel pump part of the engine?

The engine driven fuel pump is part of the Excavator fuel system, one of the most important elements of the fuel system, like to any other internal combustion engine equipped vehicle.

What is the pressure of a fuel pump?

The capability of the high pressure gear stage of the pump in pressure is 850 to 900 psi (pounds per square inches), and in volume displacement 50 to 60 U. S. Gallons, or 13.000 litters per hour at maximum nominal operating speed of the pump at 6250 rpm for this pump, and when the engine operates to take off power.

How a mechanical pump works?

A mechanical fuel pump is driven by the camshaft , or by a special shaft driven by the crankshaft . As the shaft turns, a cam passes under a pivoted lever and forces it up at one end.

The other end of the lever, which is linked loosely to a rubber diaphragm forming the floor of a chamber in the pump, goes down and pulls the diaphragm with it.

When the lever pulls the diaphragm down, it creates suction that draws fuel along the fuel pipe into the pump through a one-way valve .

As the revolving cam turns further, so that it no longer presses on the lever, the lever is moved back by a return spring , relaxing its pull on the diaphragm.

The loosely linked lever does not push the diaphragm up, but there is a return spring that pushes against it.

The diaphragm can move up only by expelling petrol from the chamber. The petrol cannot go back through the first one-way valve, so it goes out through another one leading to the carburettor.

The carburettor admits petrol only as it needs it, through the needle valve in its float chamber.