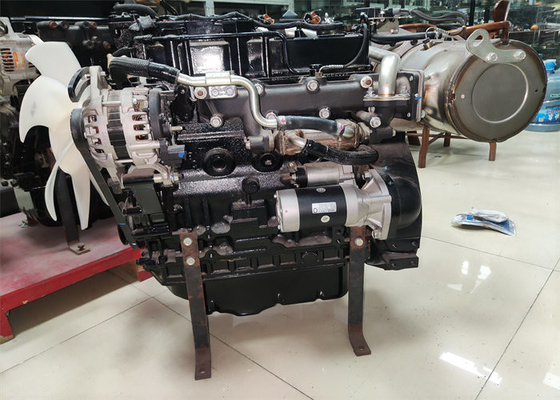 Cylinder Head
Attached to the engine through cylinder bolts, sealed with the head gasket.

The cylinder head contains many items including the valve springs, valves, lifters, pushrods, rockers, and camshafts to control passageways that allow the flow of intake air into the cylinders during the intake stroke.

As well as exhaust passages that remove exhaust gases during the exhaust stroke.

Crankshaft
The crankshaft is located in the lower section of the engine block, within the crankshaft journals (an area of the shaft that rests on the bearings).

This keenly machined and balanced mechanism is connected to the pistons through the connecting rod.

Similar to how a jack-in-the-box operates, the crankshaft turns the pistons up and down motion into a reciprocal motion, at engine speed.

Camshaft
Varying from vehicle to vehicle, the camshaft may either be located within the engine block or in the cylinder heads.

The role of the camshaft is to regulate the timing of the opening and closing of valves and take the rotary motion from the crankshaft and transfer it to an up and down motion to control the movement of the lifters, moving the pushrods, rockers, and valves.

Timing Belt/Chain
A timing belt, timing chain, or cambelt is a part of an engine that synchronizes the rotation of the crankshaft and the camshaft so that the engine’s valves open and close at the proper times during each cylinder’s intake and exhaust strokes.