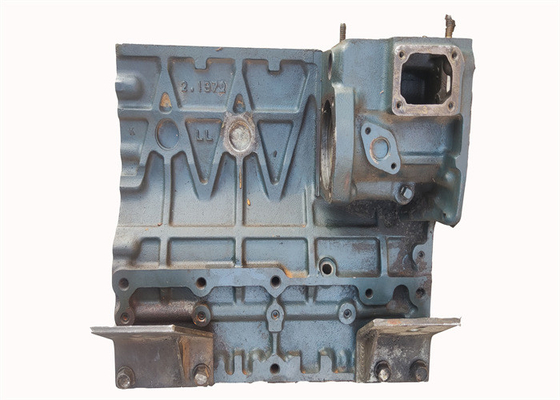 What does a cylinder block do?

The cylinder block is one of your engine’s central components. It plays a key role in the lubrication, temperature control and stability of the engine and it has to be of the highest quality so there is no room for short cuts.

What are the parts of a cylinder block?

An engine block is a structure that contains cylinders, and other parts of an internal combustion engine. … The cylinder block, cylinder head, and crankcase are the three parts that form the foundation and main stationary body of an automobile engine. They serve as support an enclosure for moving parts.

Where is the cylinder block?

The main structural member of all automotive engines is a cylinder block that usually extends upward from the centre line of the main support for the crankshaft to the junction with the cylinder head.

What is the difference between engine block and cylinder block?

The engine block – also known as a cylinder block – contains all of the major components that make up the bottom end of a motor. … The block was originally just a block of metal holding the cylinder bores, the water cooling jacket, oil passages, and the crankcase.

Many engine block cracks are caused by contaminants making their way into the metal of the part during the manufacturing process. In these cases, a poorly cast block can start to leak, whether coolant or oil, from the crack itself.

How is engine block made?

Manufacturing of engine blocks are mainly done using sand casting, although die casting also used it is more cost effective as the die wear out easily due to the high temperature of the molten metal. … The mould is then compacted by applying pressure or vibrating on the metal frame.

What are the function and parts of the engine block?

An engine block contains the main components of an internal engine. It houses the water cooling system, crankcase, and cylinders and their components. The use of metal in its construction gives it strength and the ability to efficiently transfer heat from the combustion process to the main cooling system.