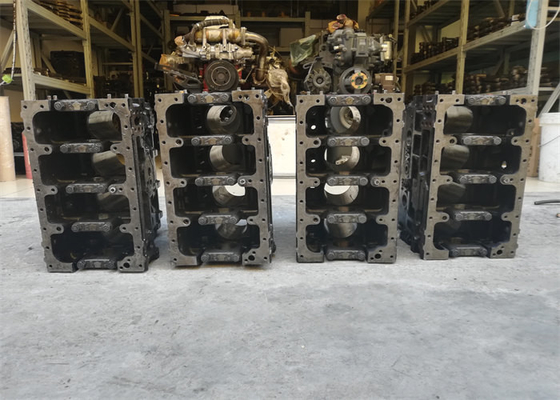 What is an Engine Block?

The engine block is the linchpin of vehicles that run on internal combustion, providing the powerhouse for the vehicle. It is called a "block" because it is usually a solid cast car part, housing the cylinders and their components inside a cooled and lubricated crankcase. This part is designed to be extremely strong and sturdy, because its failure results in failure of the car, which will not function until the engine block isreplaced or repaired.

Working from the outside in, this part starts with a solid metal outside, designed to seal everything inside. A number of channels and passages inside comprise the cooling jacket and are designed to deliver water from the radiator to all the hot sections of the engine, preventing overheating. After the water is circulated in the engine, it returns to the radiator to be cooled by the fan and sent back through the engine.

What Is the Purpose of an Engine Block?

1. Foundation. The engine block provides a foundation for the crankshaft and all other engine components.

3. Passages and Surfaces. It provides oil and coolant passages, sealing surfaces and flat surfaces for the engine heads.

Parts of an engine block

1. Cylinders. Cylinders are spaces in which the pistons travel.

2. Coolant. When the engine is running, the cylinder walls get extremely hot - and deliberately so; one of their core functions  is to carry heat away from the piston.

How are engine blocks cast?

All blocks, with the exception of extremely specialised ones, are cast by pouring molten metal into molds. Historically engines were cast using iron, but increasingly aluminium alloy is used due to its lighter weight.

What is used Engine Block?

Used Engine Blocks. An engine block, sometimes referred to as a cylinder block or motor block, is a metal casting, usually made from iron or aluminum alloys. The engine block houses the engine cylinders and the upper part of the crankcase. Various engine components are attached to the engine block, including the water pump, valve head and crankcase.