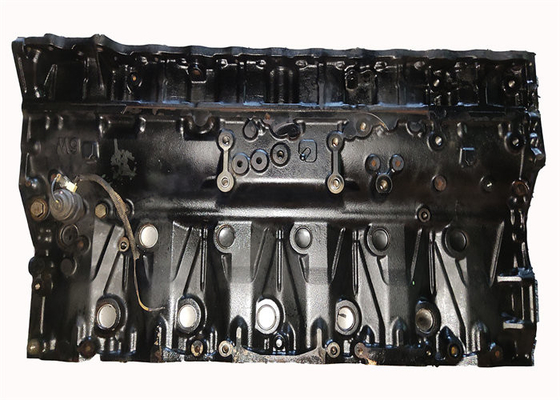 The bottom of the block also supports the crankshaft and oil pan. In most engines, blocks also support camshafts by means of bushings that fit into the machined holes. In some engines, the intake & exhaust manifolds are attached to the sides of the block. Other parts fitted to the blocks include the water pump, timing gear at the front and flywheel, clutch housing (both at the rear. These also include ignition, distributor, and fuel pump.

External engine coolant leak:- This leak can be from the water pump, radiator, heater core, or a loose hose. Sometimes it can also be due to engine block due to cracks.

Worn/Cracked Cylinder:- After the cylinder has been in operation for a long time, wear inside the cylinder is a common phenomenon. This can damage the smooth machined wall. This affects the sealing by piston rings. These problems can be solved by increasing the bore size.

Porous Engine Block:- This engine block failure is usually caused by a contaminant entering the metal. This often happens during the manufacturing process. There is no solution to this problems because this problem is because the cylinder block originated from it.

The cylinder block is one of your engine’s central components. It plays a key role in the lubrication, temperature control, and stability of the engine and it has to be of the highest quality so there is no room for shortcuts.

What Is an Engine Block?

The engine block – also known as a cylinder block – contains all of the major components that make up the bottom end of a motor. This is where the crankshaft spins, and the pistons move up and down in the cylinder bores, fired by the fuel combusting.

Probably the most intuitive way to differentiate between them is the type of energy each engine uses for power.