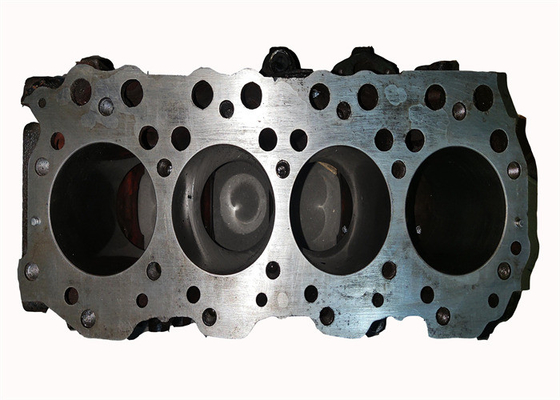 What is Cylinder or Engine block in an Automobile?

What is Cylinder or Engine block in an Automobile?

Types of Cylinder or Engine Block:

The cylinder block is one central component of the engine in an automobile. The engine block structure contains the cylinders and other engine parts of an internal combustion engine. It is also called an Engine Block.

Image of Cylinder or Engine Block

The cylinders, cylinder head, and crankcase are the major three parts that form the foundation of an automobile engine.

The cylinder includes the piston, piston ring, and piston pin which is used to perform the combustion process. It also includes elements such as the coolant passages and oil galleries which provides circulation and temperature control caused due to friction to various internal parts of the engine.

It also features water galleries to provide cooling to the engine and maintain the optimum temperature. An oil sump is present at the bottom of the engine block to store the oil for circulation.

Functions of an engine include a variety of tasks essential for the optimum working of an internal combustion engine. These include:

Enclose the piston, connecting rod, and crankshaft making sure they work properly inside the cylinder.

1.Transfer of the gas forces used in the engine for the combustion process.

3.Provide connection of the cylinder heads.

4.Mounting of the camshaft.

5.Mounting of the crankshaft.

6.Pathway for transportation of lubricants and coolants.

7.Connecting to the transmission via the flywheel drive.

8.Sealing of the crankcase with the help of an oil sump.

9.Circulation of water in water-cooled engines to keep the engine temperature within the working range and avoid excessive expansion.

An engine block consists of the following major parts: