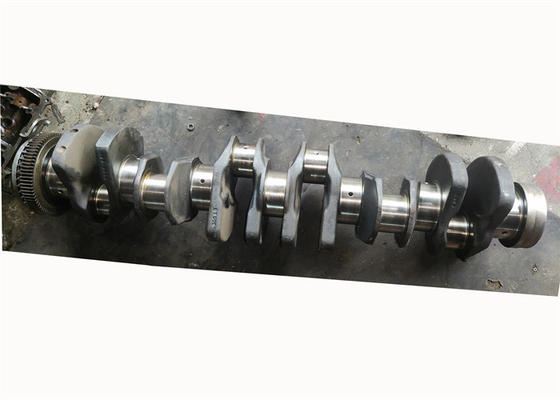 What is a crankshaft?

An engine crankshaft is the main revolving component of an engine. It sits within a combustion engine, on top of the engine block, connected to the pistons via connecting rods. The combination of pistons, connecting rods, and crankshaft are what create the ‘crank’ mechanism.

There are two different types: monolithic crankshafts and assembled crankshafts. The former is used in multi-cylinder engines and the latter can be found in motorbike engines. Usually, most crankshafts are made from iron, forged steel, or steel alloys.

What type of engines use crankshafts?

All engines feature a crankshaft including ships, aeroplanes, trains, and cars.

What are the signs that a car’s crankshaft is damaged?

Watch out for the below warning signs:

1.Problems when trying to start a vehicle

3. The vehicle is stalling and you don’t know why

4. The check engine light is illuminated

A crankshaft works on the crank mechanism. A crank has crankpins and cranks which are connected with the connecting rods. It has a vibration damper that reduces the thrust on the crank.

The crank has a counter weight which use to decrease the bending load on the crank. A crankshaft of a 4-stroke engine works in the following way:

As the engine piston moves from TDC to BDC (downward stroke), it transfers its motion to the crankshaft via a connecting rod.

The crank further transforms the piston’s linear motion into rotary motion and transfer it to the camshaft.

As the camshaft receives rotary motion, it opens the inlet valve, and the air-fuel mixture enters into the combustion chamber.

As the combustion chamber is filled with the air-fuel mixture, the piston moves upward (from BDC to TDC) and compresses the mixture. During this process, the camshaft closes both inlet and exhaust valves. As the compression process completes, the first revolution of the crankshaft also completes.