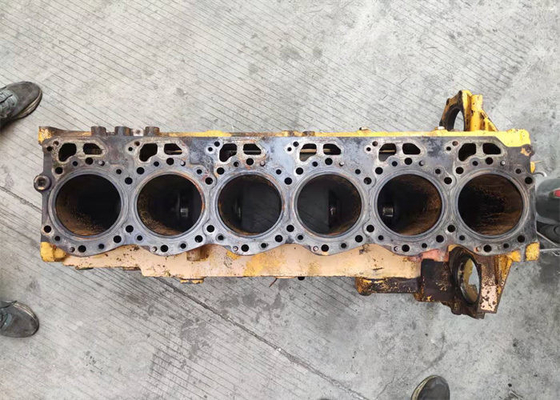 What is a big block engine?

A big block engine is physically larger and weighs more than a small block.[4] Larger bores, longer strokes, bigger valves and ports can lead to truly astounding power production. If a small block is a quick and nimble welterweight boxer a big block can be devastating heavyweight. This power comes at a price however, weight – those added pounds over the front axle of a car penalizes handling and acceleration, though the acceleration problem can be overcome with power.

Big block engines were designed to give extra muscle to light trucks and passenger cars. Its first entry onto the market gave heavier vehicles the torque they needed, but, like the small block before it, quickly captured the hearts of muscle car enthusiasts and hot rodders.

After Chevrolet introduced its big block, Ford and Chrysler followed suit, offering their own versions of small and big blocks. Most discussions today about small block and big block engines refer to Chevy offerings, the similar engines from other manufacturers are interesting and just as fun to drive as they GM counterparts.

Big block vs. small block engines: Which one is better?

Both big blocks and small block engines have their advantages and disadvantages. It comes down to what you’re looking for from your engine. The small block weighs less, which can give it an advantage of acceleration and handling; however, the big block has more torque, which can help it overcome the disadvantages that come with extra weight.

The big-block guys will say that the small-block weighs less, and therefore should have an advantage. However, they will also say the big-block delivers more torque, and has the advantage of better head flow, so it can overcome the extra weight disadvantage. The small-block guys will come in and sat that the lighter engine is capable of running higher engine RPM, and that’s where horsepower is made.

But, when trying to keep all things equal, we run into a glitch. Even if we keep the horsepower rating equal – or as close as possible, there are factors that come into play that you might not have considered. So let’s add this caveat, keep the engine displacement equal, we’ll say 427 cubic-inches.