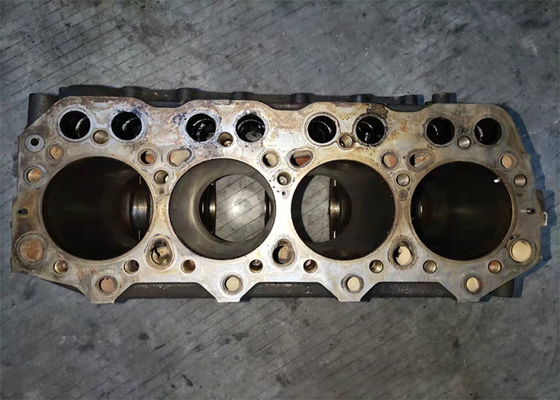 Being a big, precision machined, hunk of metal, the engine block is designed to last the lifetime of the car. But sometimes things do go wrong.

These are the most common engine block failures:

Puddle of water/antifreeze under the engine? It might be caused by a leak from the water pump, radiator, heater core, or a loose hose, but sometimes it’s the engine block itself. The block can crack and begin leaking, or a freeze out plug could work its way loose or rust out. Freeze out plugs can be easily replaced, but cracks are usually terminal.

Eventually, after hundreds of thousands of miles, the smooth machined walls of the cylinders will wear to a point where the piston rings can't seal against them well. On rare occasion, the cylinder wall can develop a crack, which will quickly result in a motor needing a rebuild. Worn cylinders can be bored larger, for oversized pistons, and in extreme cases (or in aluminum blocks) iron sleeves can be inserted to make the cylinder walls perfect once again.

Caused by contaminants which got into the metal during the manufacturing process, voids in the casting often cause no issues at all for a long time. Eventually a poorly cast block can start to seep and leak, either oil or coolant, from the area where the imperfections are. There's nothing you can do about a porous engine block, because it'll have been faulty from the day it was molded. Having said that, any leaks that may arise from a porous block should be minor and if they surface within the manufacturer's warranty period the engine should be replaced free of charge.