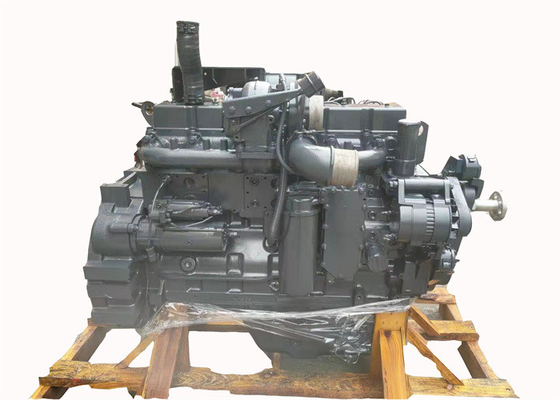 What Is Diesel Engine?

Diesel engines work by compressing only air or air plus residual combustion gases from the exhaust. Air is introduced into the chamber during the intake stroke and compressed during the compression stroke. This increases the air temperature in the cylinder so much that atomized diesel fuel that is injected into the combustion chamber ignites.

Diesel engines are commonly used as mechanical engines, power generators, and mobile drives. They find widespread use in locomotives, construction equipment, automobiles, and countless industrial applications. Their realm extends to almost all industries and can be observed on a daily basis if you were to look under the hood of everything you pass by.

Industrial diesel engines and diesel-powered generators have construction, marine, mining, hospital, forestry, telecommunications, underground, and agricultural applications, just to name a few. Power generation for prime or standby backup power is the major application of today’s diesel generators. Check out our article on the various types of engines and generators and their common applications for more examples.

Like a gasoline engine, a diesel engine normally works by repeating a cycle of four stages or strokes during which the piston moves up and down twice during the cycle (in other words, the crankshaft rotates twice).

Intake: Air is drawn into the cylinder through the open green air intake valve on the right as the piston moves down.

Compression: The intake valve closes, the piston moves up, compressing and heating the air mixture. Fuel (dark blue) is injected into the hot gas through the central fuel injection valve and ignites spontaneously. Unlike a petrol engine, no spark plug is required for this.

Power: As the air-fuel mixture ignites and burns, it pushes the piston down and drives the crankshaft, which sends power to the wheels.
Exhaust: The green exhaust valve on the left opens to release the exhaust gases expelled by the returning piston.