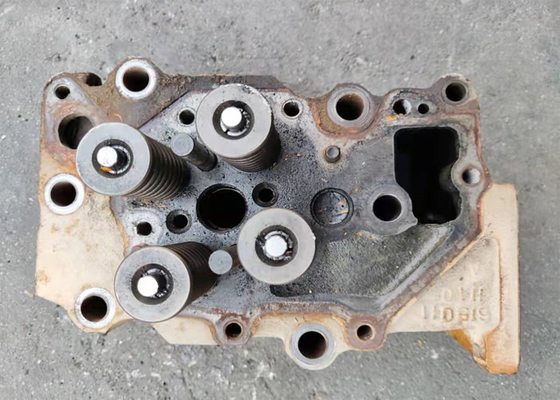 Question: what is the cylinder replacement cost?

Answer: the cost amounts to $500 roughly. That includes the amount you spend to buy the component and installation expenses. If you carry out the replacement yourself, the only cost will be the cylinder head price, which would reduce the amount by up to $300 or more.

Question: how do you remove a stuck cylinder head?

Answer: a cylinder head may be difficult to remove due to tightly mounted bolts. Here is how to remove stuck head bolts. Use a breaker bar to increase leverage, taking care not to use too much force. You may also use penetrating fluid to loosen the bolts.

After you have removed the bolts, here is how to remove a stuck cylinder head. Insert a screwdriver at the edges between the head and the cylinder block. Lift the screwdriver gently but with force to pry open the space between the two components.

Question: when should I replace a cylinder head?

Answer: bad cylinder head symptoms show that you need to replace the component. Most often, the signs also good indicate when to change the head gasket. Cylinder heads will serve you for five years or more, on average. The head gasket life expectancy is also around five years. That means the two parts may be replaced at the same time.

Answer: there have been instances where a cylinder head only served for a short time and required repair or replacing. Most of the time, the problem happens during the manufacturing process of the cylinder head. Impurities or gases in the casting material cause spaces within the head. The voids lead to what is called porous cylinder head.

Question: how hard is it to replace a head gasket?

Answer: replacing a head gasket can be a cumbersome process. You have several components to remove, including the cylinder head. If the gasket is damaged, that could also mean some other parts to fix.