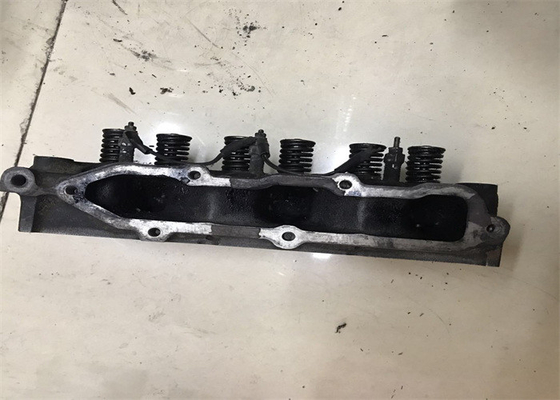 Next, remove the rocker arm. If the engine uses two heads, take out the two rocker arms.

Take off the Old Cylinder Head

Remove the mounting bolts following the correct cylinder head bolt removal sequence. The information about the sequence can be found in the car’s manual.

Next, lift off the old head from the engine housing. You may use a screwdriver to pry it loose at the edges.

Mount the new head and replace the mounting bolts. Follow the manufacturer’s specifications for both sequence and the bolt torquing.

Install the other parts following the order you used to remove them: rocker arm, timing belt, valve covers, and intake and exhaust manifolds.

Finally, replace coolant using a 1:1 ratio for water and antifreeze. Refill the oil pan with oil that your car’s manufacturer recommends.

Head Gasket Replacement
Before installing the new head, check the head gasket, if it is blown. You may need to replace it also. Blown head gasket symptoms include:

1. Air bubbling in the radiator even after bleeding it
2. Excess pressure in the coolant system and the radiator blowing out coolant
3. White smoke coming out of the exhaust
4. Coolant mixing with engine oil
5. Replacing a head gasket is not as intensive a process’s as repairing it. To change the gasket, follow the cylinder head replacement procedure up to the point where you have access to the gasket. Then, unmount it and put in a new one.

Question: how long does it take to replace a cylinder?