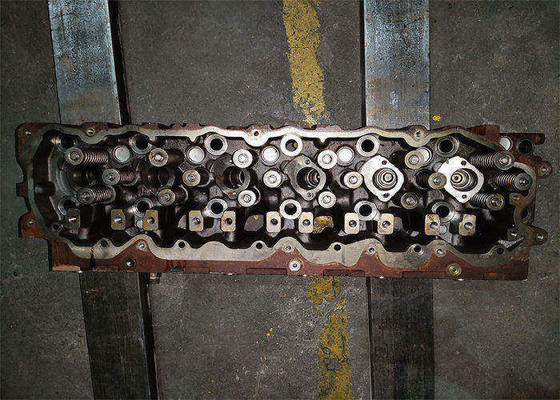 Where is a cylinder located on?

A cylinder head is usually located on the top of the engine block. It serves as a housing for components such as the intake and exhaust valves, springs and lifters and the combustion chamber.

What is the function of  cylinder head in engine?

What is in a cylinder head?

A cylinder head contains intake air, exhaust, and oil passageways. One of the functions of a cylinder head is cooling the engine. The head achieves that using two main methods; water or air. Water-cooled heads are the most popular, and many modern engines are of this type.

The cylinder is the space through which the piston travels, propelled to the energy generated from the combustion of the air/fuel mixture in the combustion chamber. In an air-cooled engine, the walls of the cylinders are exposed to the airflow, to provide the primary method of cooling to the engine.

Can a cylinder head be repaired?

Actually, Repairing a cracked cylinder head always involves a certain amount of risk, but when done properly is usually much less expensive than replacing a cracked head with a new or used casting. Most small cracks in cast iron as well as aluminum heads can be repaired by pinning.