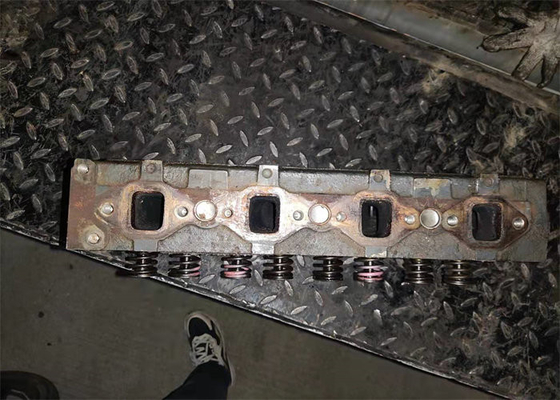 What Causes a Cracked Cylinder Head?

Internal combustion engines heat up very quickly. As the name implies, they are designed to contain small, controlled explosions.

Much of the energy in the combustion process is actually lost to thermal energy, instead of being converted into kinetic energy to power the vehicle. This is a byproduct of their design that can be mitigated, but never eliminated entirely.

The number one cause of a cracked cylinder head is overheating. When an engine overheats, its components may be stressed far beyond the heat threshold it was designed to withstand.

Since most heads are made out of aluminum, they may warp or crack when the engine gets hot enough.

An engine may overheat from a number of reasons, most of which are due to a failed component in the cooling system. Some possible causes are outlined below.

If too much coolant leaks out, eventually you won’t have enough to properly cool the engine. You can lose a decent amount of coolant before overheating, but it’s a good idea to regularly check the overflow reservoir and radiator to make sure you’re topped off.

If you notice a coolant leak, it’s a great idea to check your radiator cap. It’s a cheap part with some serious repercussions if it fails. Keep in mind that not all coolant leaks are visible.

A cylinder head contains oil in it. If you have a cracked head, you can expect oil to leak out of it. You should notice the oil light on your dashboard turning on when this happens indicating a low oil pressure.

If you see this light on, open your hood and try to see if there’s engine oil near the cylinder head.

Sometimes oil will leak internally. When this happens, you won’t notice a puddle of oil, but may see blue smoke out the exhaust.