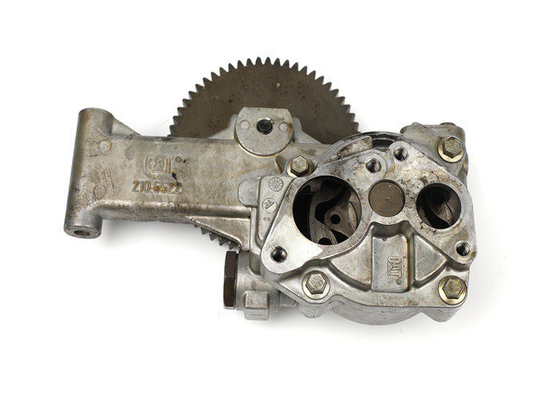 The oil pump is a mechanical device that is used in an engine to circulate oil to the moving parts like bearing, camshaft, and pistons in order to avoid wear and tear of the parts. It is one of the essential parts of an engine lubrication system that must not go wrong or faulty else breakdown will occur.

The functions of an oil pump in an automobile include:

What does a diesel engine oil pump do?

Where is the oil pump?

Oil pumps are usually either inside the oil pan and driven by a camshaft or outside the pan and driven by a crankshaft. When those engine parts start moving, the pump starts working at the same time to pump oil to reduce friction and wear between moving parts and prevent the engine from seizing.

How does oil pump work?

How the oil pump works. The oil pump doesn't actually create pressure on its own. Instead, the pressure is created as oil move through tight passages inside the engine. An oil pressure relief valve located at the outlet of the pump opens to keep the pressure from getting too high.

Oil pump function is to disperses oil into an engines internal parts, providing them with lubrication to ensure operating efficiency.

What are the signs of a bad oil pump?

When the oil pump appeared some problems so that the engine can not operate normally.We need to be careful 5 Bad Oil Pump Symptoms. There are many symptoms to look for when the oil pump goes bad. Some of the common symptoms are: noise from the valve train, strange noises from the hydraulic lifters, reduced oil pressure, a hotter engine, and a noisy oil pump. Usually, the oil pump doesn’t get servicing until it actually starts to fail.